A master key (MK) system allows the owner of the building to have one key that opens all the locks while each lock can be operated by its own individual key.  We use the latest computer software and locksmith techniques to create safe, stable master key systems.

Any two locks can be master keyed.  MK systems are in use in residential houses as well as multi-story apartment buildings, office buildings and industrial complexes.

This is achieved by creating multiple shear lines in the lock such that several keys will open that lock.

Strict control is kept of the keys issued on the system.  A good MK system will ensure that you do not have cross keys.  These are keys that are in use as a part of the system (such as a washroom key) that open an unintended lock (such as a tenant’s lock).

Key control is important as is seen in the front door of apartment buildings.  When an uncontrolled key is used in this application two problems occur.   First, tenants make copies of the front door key for friends, relatives, neighbours, etc.  Soon there are thousands of keys that open the front door of the building.

Second, when a tenant makes a copy of a key from a copy instead of from an original, the new key does not work smoothly.  A lock uses a high tolerance to maintain security. Otherwise, anyone could pick a low tolerance lock with a paper clip.

The rough use of the twice copied key causes excess wear in the lock cylinder.  The pins get rounded down, the keyway gets worn away and soon the tolerance of the lock is compromised. Several different key codes will work.

SSI recommends Mul-T-Lock high security cylinders for the front door of apartment buildings.  Each key is cut by code – each key is an original not a copy.  And copies cannot be made by tenants.  Giving you control of your front door.

SSI also recommends electronic access control for the front door of buildings.  In this case, a Mul-T-Lock cylinder works well but tenants are not given keys.  Credentials such as a card or a tag are given to the tenants.

This credential can be tracked by the management, can be timed to only work certain hours or days, can permit the use of an alarm on the door for forced entry and other heinous acts.

The goal of the locksmith is to give you fewer keys in your pocket while getting you into the doors you need to go.

Image the possibility of just ONE KEY 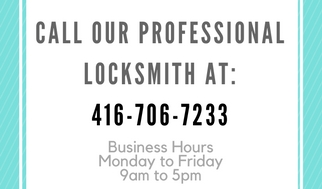